An International Interview with Al-monitor 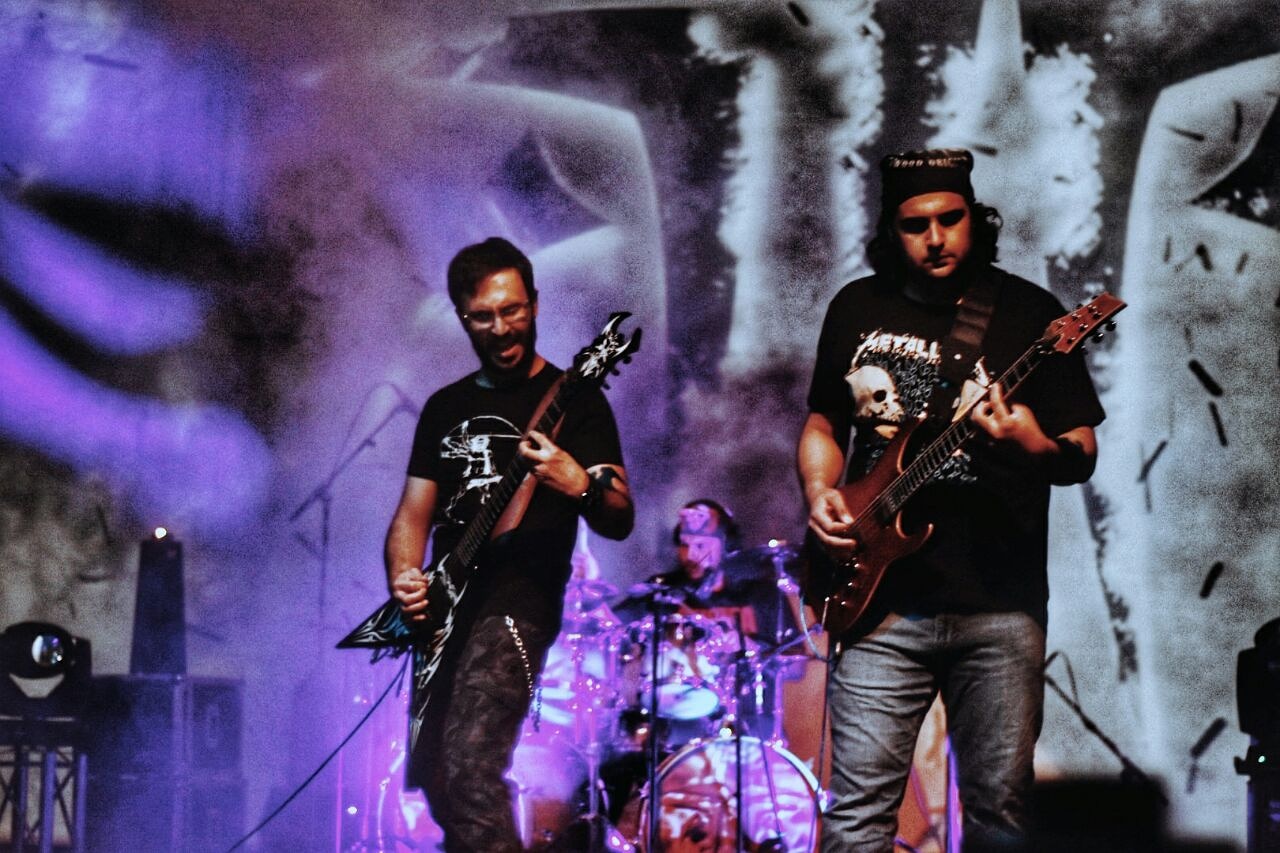 An International Interview which we had with Al-monitor.com about Situation of Metal music in Iran and these days of Artamene activities

Iran’s heavy metal music scene has had many ups and downs since its inception some three decades ago. The musicians and fans in Iran face myriad challenges that might be inconceivable to metalheads — fans or performers of metal music — in most countries. Now, however, the times may be changing, as metal enthusiasts are hopeful that, in the future, they will be able to freely enjoy the music they love.

Musicians started playing heavy metal in Iran in the late ’80s and early ’90s. Farshid Arabi is referred to as the father of Iranian heavy metal, and Homayoon Majdzadeh and Iranian Armenian Norik Misakian were pioneers of the genre. These musicians even managed to release licensed albums, albeit with much difficulty. From death metal bands in the holy city of Mashhad to black metal bands in Shiraz, local groups sprouted in different corners of the country. But all had to stay underground, excluding a few whose music did not include elements from racier subgenres of metal. A few of the groups successfully held concerts in the early 2000s, but things came to a halt in terms of public appearances until about a decade later.

Three years ago, a handful of bands led by millennial metalheads managed to obtain permits from the Ministry of Culture and Islamic Guidance — known locally as Ershad — to stage metal concerts. One such band is Artamene, a five-member outfit from Tehran.

“When our predecessors started out, they could maybe hold a single concert once every few years,” Artamene lead guitarist Pedram Shitreh told Al-Monitor. “But what’s happened in the past three years is that some bands went to Ershad and received a positive response.”

Artamene started out underground five years ago. Without being able to openly promote their music, the band held studio sessions for a few dozen friends. When they tried to go public, they were deterred by the prospect of heavy financial loss due to their inability to get sponsors. People around them discouraged them and said no audiences would turn up to watch them. They also had to deal with negative stereotypes of Satanism and violence attached to metal music in general. Finally, two years ago, Artamene staged their first concert in Azadi Tower, a major landmark in Tehran, and filled two-thirds of the venue. Like other Iranian metal bands, Artamene performs covers of more famous songs as well as original songs, but the road to the stage has by no means been easy.

Pedram Shitreh explained that initially, the band couldn’t even go to Ershad because their work was described as “satanic.”

He said, “We were finally allowed to go on stage as long as we played instrumental songs and refrained from headbanging. Finally came the addition of vocals.”

“First you introduce band members and provide a history,” he said, “then there is a musical and ethical screening, based on which the band will receive a grade and is categorized.” There is no “metal” category, he said, and Artamene was categorized as a “rock” group.

Bands are then directed to make detailed videos of their music and everything that will appear on stage. They are also required to provide original and translated song lyrics, with translations done by authorized translation centers. Should Ershad approve the band, the band is allowed to coordinate with venue managers.

For the time being, Iranian metal bands are confined to smaller venues for crowds of less than 100 people, as well as Azadi Tower and Arikeh Iranian, which can hold 300 and 800 people, respectively. No metal bands have staged shows at bigger venues like the iconic Milad Tower and Interior Ministry Auditorium, which have a capacity of 2,000 and 3,000 people. Western musicians like German electronic band Schiller and French pianist Richard Clayderman have performed at those venues in recent months.

Restrictions at concerts in Iran are still a far cry from international norms. At times, such restrictions run counter to the very foundations and liberating spirit of metal music. Concertgoers have to remain seated at all times and refrain from headbanging or making the horn sign. Concertgoers also avoid recording harsh and exuberant songs on their phones and posting them on social media. Performers, on the other hand, have to take care to not cross “red lines” in their lyrics, clothing and even lighting. Though this sounds restrictive, it is still progress from the days not too long ago when Iranians were arrested for having long hair or donning T-shirts with band logos.

As Reza Khalilpour, Artamene’s bassist, explained, they have a long way to go and must mind certain pitfalls. “The progress we have made is based on a mutual trusting relationship between the likes of us and the authorities,” he told Al-Monitor.

“One uncalculated step by a band can cause scrutiny and problems for all of us,” he said. “On the other hand, audiences must understand and consider that they are going to a metal concert in the Islamic Republic of Iran. This is not Los Angeles. Yes, I definitely want to go on stage and do a windmill [circular] headbang, but all of us must become united like the pop music bands before us did and take a step back to see what we can do to continue progressing, not to create more problems.”

At the moment, no live music of any genre is allowed since it is the holy Islamic month of Muharram. But having reached a stable lineup of five, including Ali Karimi on rhythm guitar and Soheil Avakh on vocals, Artamene aims to stage more concerts featuring harsh vocals — something Ershad has not entirely approved — and potentially release a licensed metal album in the foreseeable future.

There are 2 comments on An International Interview with Al-monitor