The odyssey of being a heavy musician in Iran 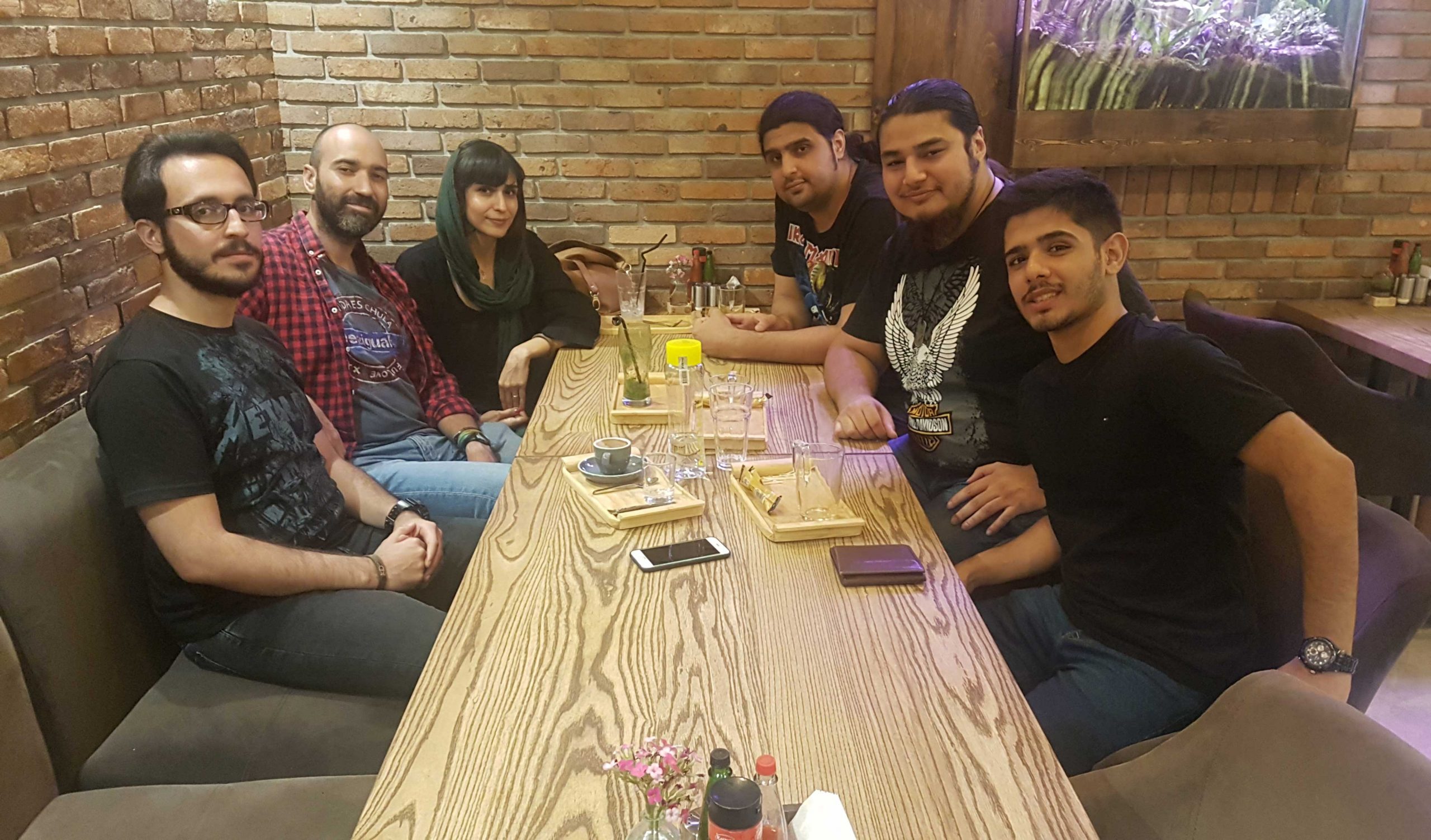 Our recent interview with elmundo.es about Heavy Metal music in Iran and all the struggles that we have been through by all these years

There is an ‘underground’ scene in Iran where horning the sky is allowed. With the tension with the United States at its highest level in recent years, this is how music is lived that is still perceived as “western intoxication”

As the kid next to me keeps shaking his head so vigorously, he’s going to dislocate his neck. The young man shakes his head with each blow from Puyá Shitré, claps his hands to the sky when Alí Karimí sets sail with a guitar riff and bellows in tandem with Soheil Avaj, lead singer of the rock band Artamene .

Tonight, the musicians have unlocked three almost unattainable achievements in Iran: obtaining a license from the government to perform in public, filling the municipal auditorium of the Azadi tower with unleashed metalheads and that, despite all this, no one in the agitated audience – given as much or more than my electric seat neighbor- has committed the dangerous audacity of getting up from his seat during the concert.

Because, after all, this is Iran, now under the international media spotlight after the escalation of tension with the United States over the assassination of General Qasem Soleimani , a strong man of the system. In the rigorous Islamic Republic a musical genre such as rock can be accused of “western intoxication” , the lyrics of its songs or the symbology associated with certain subgenres such as heavy metal can be judged for blasphemy, and in music recitals, it is It is strictly forbidden to stand up to dance . In addition, not passing the severe scrutiny process of the Ministry of Culture and Islamic Orientation, which does not recognize the metal style due to its negative stereotypes, means not being able to step on a big stage.

The Artamene are cunning. They have managed to receive official approval a few times, after overcoming obstacles that would be inconceivable in our country, to reach their legion of black T-shirts, leather jackets and threadbare jeans live. They have been able to overcome last minute cancellations for the most varied reasons. “The last thing they told us is that we must lower the tone of our concerts, because the electric guitar is too exciting,” recalls with a half smile Puyá, the stocky drummer, with a good-natured look and thick hair.

Pedram, the founder of the band, explains how his adventure began five years ago. Without funds or permission, they had no choice but to make themselves known by offering small underground sessions for a handful of faithful. Two years later, seeking to open the scene to the general public, they ventured to obtain permission from the authorities, who required them to attend previous auditions, undergo an ethical review and review in detail the lyrics of their songs, as well as those of the versions they planned to play in theaters, translated into Persian.

A Stool theme would easily pass the censorship; one from Metallica, not so much: My mother was a witch, she was burned alive / Ungrateful Zorrita, oh, the one with tears that I shed , the song Am I Evil starts from the Los Angeles line-up. A big headache for the Artamene, the day they wanted to touch her. ” We had to avoid singing it and instead make it instrumental, ” says Ali. Although it is taken for granted that religious, political or vindictive references can trigger the alarm of the censors, the red line is, in truth, diffuse. “We can never know in advance which letters could cause us problems”, Pedram ditch. “We always try to be faithful to the original version, but sometimes we have to make arrangements not to lose permission.”

In recent years, Hasan Rohani’s centrist executive has eased some pressure on the culture industry, allowing local and international artists to garner great applause from the ever-appreciative Iranian public. A good example is the Gipsy Kings, turned into idols who have burst lockers every time they have passed through Tehran. But, while styles such as pop have won the favor of the authorities, heavy metal is disadvantaged when it comes to providing concert halls and generating profits, despite filling rooms whenever it has the opportunity to be heard from a stage. The reason is that, in the face of political and economic obstacles, Instagram and a timid alternative circuit, extended to more and more provincial cities, have become the great fishing ground for millennial fans .

However, there was a time when the internet was nothing more than an idea in minds like Asimov’s. And that the Iranian theocracy, established after the 1979 Revolution, lived completely with its back to the West. In those years, the musician Farshid Arabí, whom many consider the father of native heavy metal, had to procure cassette tapes from artists such as the Bee Gees or Pink Floyd, smuggled from Iraq , and listen to them furtively at home. That generation of Iranian kids, who were trying to get started in music, made bread out of cakes.

We had nothing. Nothing! ”, Arabí remembers. «It was time to share the tapes with friends. Those who belonged to the previous generation – under the Pahlevi monarchy – taught us to play the electric guitar. But we had very few instruments. Even if a rope broke, we needed to repair it! ”He says. Other times. Arabí teaches guitar at a Tehrani academy. «Many young people today learn by repeating over and over again guitar riffs found on the Internet. But we still lack a broad music scene that encourages creativity.

Farshid Arabí founded his own style taking from there and from here. Their latest album combines the grace of traditional Iranian lyrics and instruments, such as tar, with the energy of bass, electric guitars and drums. A path that groups like Ohum followed 20 years ago with success . The cornerstone of his proposal is the poet and mystic Hafiz of Shiraz, whose works, written 700 years ago, express the essence of the Persian people. Passing them through the rock sieve has seemed a genius to most and an insult to a few.More in The WorldFlorinda Chico, the great actress who, after being abandoned by her husband, fell in love with an electrician from Lina MorganThe worldFausto Gresini dies after two months fighting the coronavirusThe world

” Although Hafiz’s poems do not require permission to be recited, in the past we did not obtain it”, clarify the Ohum, in order to release their album with an official license. In its creation process, music comes before lyrics. “Sometimes hearing a current or old tune on the radio, or finding a simple drum beat, unleashes our inspiration. Then we found a suitable poem, “they explain.

Ohum believes his music has helped younger Iranians look back and appreciate their cultural heritage. Although it is at a devilish rhythm and using instruments born in what many here today continue to describe as the Satan of the West. “Our work has encouraged the next generation not to fear and take risks to try new things. We have made rock a respectable style in Iran , where bold and innovative figures will appear. I have high hopes for Iranian rock. “